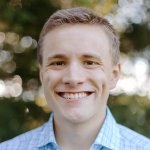 As guys, we’ve all seen this situation break down one way or another.

You’re all in the locker room. It’s probably a Monday, for the sake of the story. A teammate comes up and starts spilling the beans to the entire team about a hookup he had (or at least purports he had) over the weekend. No detail is spared; the phrase “a gentleman never tells” is conveniently forgotten.

His captive audience receives him like a conquering hero. For the simple act of having some sort of physical contact with a member of the opposite sex, he can do no wrong.

Does this sound familiar?

Maybe you’ve seen the inevitable contest that follows. The dreaded phrase “body count” pops up. Arbitrary numbers are thrown around the locker room like it’s the New York Stock Exchange. The meeker, more innocent teammates are subsequently strong-armed into a raunchy and, as it happens, completely inappropriate discussion about a very sensitive topic.

Maybe you’ve felt the flip side of the situation. Many boys feel this can be a bonding experience, and enjoy the chaotic process of hyping each other up. It’s seen as a ritual; a rite of passage, even.

I was the innocent kid on the periphery. Trust me, I felt the awkwardness and difficulty of the locker room dynamic. I was a lonely and insecure boy looking for companionship and brotherhood. I wanted more than anything to connect to my teammates and feel supported as I tried to navigate the uncertain and challenging landscape of high school. Even though we played for the same school, we didn’t feel like a team. Why was this?

The answer is simple: that wasn’t real brotherhood. I had a completely legitimate reason to feel shaky about joining in on those inappropriate discussions, because these were not conversations brothers should have been having in the first place.

As many misguided teens do today, they missed one key lesson: the importance of chastity. In applauding a casual hookup, my team threw the meaning of sex completely out the window. In their moment where they could have helped their teammate, they unknowingly reinforced a behavior that would only go on to hurt their brother in the long run.

Chastity is the proper treatment of sex and all sexual desire; it is the maturity to know that sex is much more than a physical act, and, by lots of deliberate mental effort and prayer, the gradual reverence for the act. It is knowing that sex, outside of a marriage and closed off to its full fruitfulness (bearing children), devalues the act. It is the act of overcoming our sometimes animalistic impulses and desires to revere sex’s true nature: a selfless, loving gift between two people, not a night to be thrown away.

As men who were supposed to be my brothers, my teammates failed in their ultimate function: building me up. Since they neglected the importance of chastity and chose to glorify the wrong thing, they could have never built each other up in the first place, and ultimately were setting themselves up to fail from minute one.

When you applaud your brothers for acting out of line with God and don’t push them towards holiness, you aren’t being their brother. You’re encouraging them to act out on their worst impulses and driving them towards an inevitable bout of confusion, darkness, and, ironically, loneliness.

Our culture gets this totally screwed up, and in the process mixes the bad with the good. Think about the locker room situation mentioned earlier; there were parts of it that actually are worth keeping. Hyping your brothers up and supporting them in their victories? Amazing! Cheering them on when they sin and building them up into “champs” who can do no wrong when they’re actually doing the opposite? Not good. Not good at all.

We often see this problem pointed out by our sisters. Many women point out, correctly in my view, that there is a double-standard in how men and women are treated when they engage in the hookup culture. Women are often shamed for this choice and treated as “damaged goods.” Their status is often lowered among their peers. Men, on the other hand, experience the opposite; all too often they are elevated to “legend” status for this decision.

Our sisters call to mind an important truth: men and women are being treated unequally for engaging in the hookup culture. This is hard to refute. While this double-standard absolutely does harm to women, we need to address the underlying point: both men and women have completely missed the ball on the issue. Each of God’s children, regardless of gender, is being shortchanged by our culture, and we have some serious fixing to do.

Both genders are getting the short end of the stick because our culture has completely gotten sex wrong. Our culture has systematically morphed sex into something it just isn’t: a purely physical, temporary, and generally inconsequential rite of passage for young adults to engage in to prove they’re “mature.” In reality, none of these things could be farther from the truth.

Sex is not an umimportant ritual; in contrast, it’s the ultimate physical expression of love towards another person. It’s a beautiful and intimate way that men and women give themselves to one another and, potentially, bear a child.

What about that sounds dull? What sounds unimportant? Knowing the seriousness of the situation only inspires us to treat it with the reverence and respect it deserves.

The “champ” culture that women rightfully denounce directly undercuts this point. This toxic culture treats women not as loving partners, but as trophies to win. The devaluization of sex has led to an awful end: men treating women as commodities to get something out of. This is simply not acceptable behavior for any good man to tolerate from a brother.

The treatment women receive remains abhorrent for another reason. Women are often treated as less than human for having pre-marital sex: this is not okay, by any means. While we can’t deny that sex is meant for marriage, that in no way gives us license to use this as an opportunity to degrade our sisters and drag them through the mud for doing something they didn’t understand the full importance of. We should never accept ANY excuse to tear down and discriminate against our peers; rather, we should pick them back up in their lowest moments and lead them to God’s redeeming love. As men, God has made us to be builders, not destroyers.

“Champ” culture, unfortunately, completely removes this standard to live by. It idolizes men for doing wrong, and makes women feel that they are “missing out” when they don’t give in to the pressure and make the same mistake as men. When they do, they are shamed. None of this is tolerable. This warped, inverted substitute for what really should be a culture of fellowship and support lowers us all to our worst instincts and leaves everybody worse off. It inhibits us from truly being brothers and sisters, and instead cheers on the wrong thing, penalizing those who don’t play ball.

This problem with “champ” culture isn’t exclusive to sexual misdeeds; it infects other parts of our social lives as well. The toxic elements of the party culture particularly come to mind for me. I’ve seen so many ugly scenes where people have been made into “champs” for the wrong reason: winning at a beer-chugging contest, partially stripping during a drinking game, showing up to an exam hung-over and cheating to get an undeserved grade, and so on.

Are you starting to see a pattern here?

All of these situations contain that same kernel of good that we want to bottle up and save for the right situation. Supporting people in large social settings is incredible! Social anxiety is a serious problem, and it’s genuinely beautiful to bring people out of their shells and ultimately watch them grow into themselves. I think that’s ultimately the power of brotherhood. By coming together in a community and pushing each other towards our truest and best selves, we’re nudging each other towards God. This, however, cannot hope to occur when we set the lowest bar possible and encourage our friends to settle for the bare minimum.

I mean, does it sound glorious to you? Is having your friends assume you’re incapable of making good choices and settling to applaud you for doing wrong really something you want? Imagine your friends expecting so little of you that the only thing they can think to cheer you on for is your ability to down beer after beer and hook up with women you just met. Not exactly a positive friendship. Equally scary, do you sincerely prefer your friends being too cowardly to call you out when you’re in the wrong? Do you really want to surround yourself with sycophants who don’t have the guts to tell you the uncomfortable truth? Of course not; those are not real friends. Real friends have the courage to steer you towards the right thing. They guide you on the path of virtue.

Virtue–chastity, most specifically–is the answer to all of this pain. When we all accept the difficult, but beautiful truth that chastity is our way out of and above this mess, we can start to heal as a culture. When brothers can start to live up to their promise and push each other towards virtue, women will receive the respect they’ve deserved all this time. To complement this, when women are treated with mercy rather than judgment and shame, they will begin to understand God’s redeeming power and will know the goodness of chastity as well.

Let’s end this cheap imitation of brotherhood and replace it with what it always should have been. 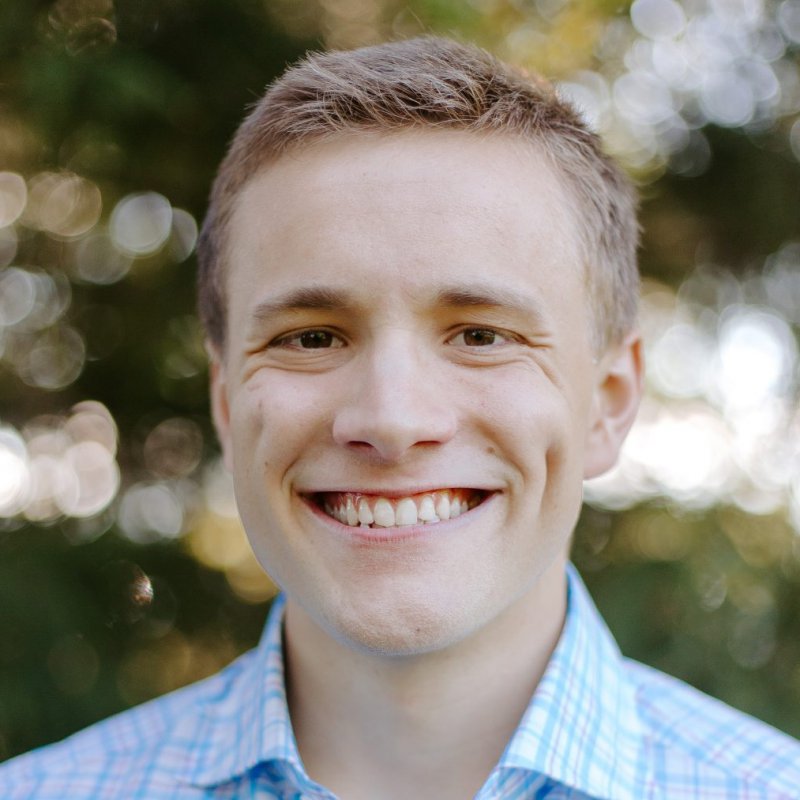 Cam is 2020 graduate of Santa Clara University and an 8-year veteran of the Jesuit education industrial complex. He graduated with a BS degree in Economics, double-minoring in Political Science and Classical Studies. Despite being in the Catholic schooling system for most of his life, Cam saw a deep need in our culture for an authentic connection with God. Cam saw CP give a talk at a fundraiser at his house and was awe-struck; he didn't know other people felt the same way he felt, and was inspired by the passion and energy of the CP missionaries. He wished that he could have heard from people like CP at a younger age; he would have felt much more secure about his life choices and much more encouraged to speak up. Now a CP missionary, he sees shades of his younger self in the youth he wants to serve and is dedicated to giving our youth the guidance he wishes he received at a young age. 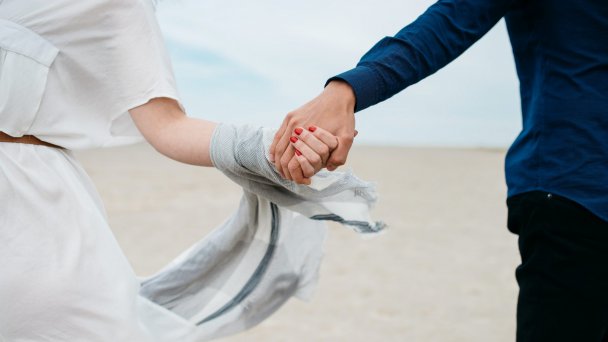