What happens when the phrase “saving sex for marraige” is brought up? It is often followed by  an eye roll and the thought that it is an outdated idea that doesn’t make sense in today’s society, right?  Honestly it makes sense, because we are being told to say no to something that is so good but NONE OF US WERE EVER TOLD WHY! I am not talking about the reasons we are told in health class, because those reasons really only seem good enough until about freshman year of high school.

It is not hard to see that our culture has been plagued with relationship issues and astronomical amounts of unhappy marriages, many ending in divorce.

We have been taught to give in to every single one of our desires, eventually leading us into a life where our desires are controlling us rather than us controlling them.

Just like a shark to chum. A shark will not think to save some for his wife, he will devour the whole thing without a second thought. We were not created to live like animals enslaved to our desires. Don’t get me wrong, it is much easier to give into our emotions and desires than it is to control them, but we were created for so much more. We were created for love.

Now let me ask you a question:

If a man is not able to control his desires and lives a life enslaved to his passions while he is single–sleeping around, watching porn–do you think he will be able to conquer those temptations within marriage? NO! This man, who has been giving in to all of his desires throughout his life, will continue to do so within marriage because that’s all he’s ever known. He doesn’t know how to properly order his desires. Statistically speaking, he may quickly lose interest in his wife and begin going outside of his marriage to satisfy his desires that have been running wild his whole life.

If you are unconvinced, let me share a few more truths with you. The Washington Times published an article titled “Want a happy marriage? Save sex for ‘I do,’ study finds”. The study conducted in 2014 had multiple insights about this topic saying “couples who partook in hooking up, premarital cohabitation, or even engaging in multiple sexual encounters with different people over the course of their lives would have a less likely chance of remaining in a happy marriage”. Psychologists Galena K. Rhoades and Scott M. Stanley learned that “What people do before marriage appears to matter,” saying “how they conduct their romantic lives before they tie the knot is linked to their odds of having happy marriages”(2015).

Unfortunately, there isn’t a miraculous switch that shuts off temptations once we say “I do”. The man or woman we wish to be in the future, the kind of husband or wife we want to be, must begin now. Saving sex for marraige is a sacrifice. If two people aren’t willing to sacrifice for one another outside or marriage they will not within marriage.

Let’s get a couple things straight. Chastity does not tell us that our desires or attractions or sex itself is bad or dirty and it definitely does not tell us to supress or hide our desires. In fact, Pope Saint John Paul II speaks directly against this is his book Love and Responsibility saying:

“Chastity is often understood as a “blind” inhibition to sensuality and of physical impulses such that the values of the “body” and of sex are pushed down into the subconcious where they awaite the opportuity to explode. This is an obviously erroneous view of the virtue of chastity, which, if it is practiced only in this way does indeed create the danger of such explosions” (Wojtyla)

So yes, if you decide to practice chastity in this way by shoving all of your desires deep deep down into the abyss and think sex itself is bad you may end up actually exploding.

Maybe at this point every argument against chastity is running through your mind. ”Sex is natural and makes us happy” or “You have to test drive a car before you buy it, don’t you?”. To which I would rebuttal by saying — human beings are not cars or any inanimate object. I would invite you to stop comparing intellectual creatures with soulless things. Your significant other isn’t a car, they’re not an object that loses half of its value right after it is driven off of the lot.

Sex, although a good and important part of marraige is not the MOST important part. Sex will not care for you when you are sick, sex will not stay up all night with the crying baby and sex will not hold a marraige together in hard times. Self-sacrificial love will, a man or woman who knows how to love will.

So I want to ask you some questions:

What kind of life do you want to live?

What kind of relationships do you want?

What kind of love do you think you deserve?

If someone isn’t willing to wait for marriage and dedicate the rest of his or her life to love and serve you through sickness and in health; does he or she really deserve the gift of your sexuality?

You deserve to live a life fully alive, not living enslaved to our desires or using each other for our own personal satisfaction and pleasure. If we are truly loving our significant others, we don’t want to sabotage the relationship with our own selfishness. You are worthy of being waited for. You deserve someone who will love you the hardest way possible, sacrificing for you and doing what is best for you without wavering. This is what creates strong relationships, this is what creates marriages that last a lifetime. So, if you want to live a life filled with the love you deserve, I invite you to commit or recommit yourself to your future spouse by saving sex for marraige and save your relationship before it even starts.

Dani grew up in Colorado Springs, Colorado where she did as much singing, dancing and theater as she could. She graduated with her license to practice dental hygiene in 2019 then moved to Orlando, Florida to work for The Walt Disney Company. There she found herself longing for deeper love and greater fulfillment. Shortly after returning home, she encountered The Culture Project at a FOCUS conference and was set on fire with their message of authentic, self-sacrificing love. “The Culture Project’s proclamation of Saint John Paul the Greats’ message was exactly what I was looking for. I felt a deep call to become a missionary and share this message with today’s youth and help them find what we’re all truly looking for; to love and to be loved in the most true, radical and beautiful way.” 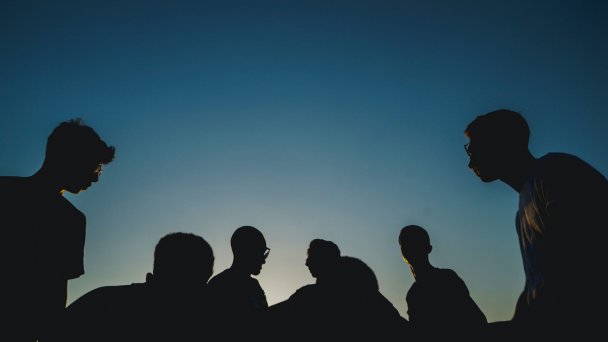 The Importance of Community “As much as we love you and the work you do around here, you need more than we can offer. You need to take a leap of faith and go somewhere that can take you deeper.” At the time, those weren’t the words I wanted to hear. What I didn’t realize, however, was that God…
Read

Defining the Relationship… As Friends  Taylor Swift’s Guide to Theology of the Body From Our Desire to be Loved… Deliver us, Jesus  Let’s Talk About The Birth Control Pill   The Dignity of Women How to Tackle the Issue of Same-Sex Attraction