It is evident that in today’s Western culture, a sense of the true nature of the human person has been lost, one which maintains that inherent to the complete composition of man is his unity of body and soul (hylomorphism).

It seems that our culture has taken to heart the Cartesian theory of the dualistic nature of man, a theory which doubts that the body is meaningful in its own right and therefore cannot lead us to a higher truth. Rather, as Descartes held, the body is thought to be a pure object of biological processes, and it can be manipulated to do or to be whatever the mind (where our true existence lies, according to the cogito) desires.

One example of this underlying dualistic understanding of man’s nature can be seen in the hookup culture rampant in our society. If people were convinced that whatever they do with their bodies has an inevitable and lasting effect on their psychological and spiritual well being (that is, if they even recognize the existence of their immaterial soul), they likely would not be so willing to engage in destructive one-night stands or in being sexually active before marriage. Indeed, even the idea of there being “no strings attached” in hooking up implies that we are not bodies, or that what is done with our bodies doesn’t affect us as people; this notion, however, could not be further from the truth.

Another example of this inherent dualism in our culture is the idea that a person can decide for himself or herself what their gender is. Our culture has taken to the extreme Descartes’ separation of the mind from the soul, and it has radically embraced his idea that the mind can make of the body whatever it desires. Claiming that nothing about the body reflects the gender of a person would be an unthinkable idea according to Aristotle’s hylomorphism (in which the body is inherently united to the soul as they both harmoniously come together and compose the basis for a unique human person). As St. Thomas Aquinas makes clear, our souls are not like angelic spirits (who are solely spiritual beings) in the flesh; rather, our souls are the form of our bodies. This means that what is spiritual in us (our souls) is incomplete without our bodies; they are the form of our bodies, so without our bodies they are lacking in completion. (Hence, at the Last Judgement, both the damned and the saved will get their bodies back, since we are incomplete as human beings without them). This means that to try and separate a person from their body will inevitably be a doomed venture.

So, if many people in our world are confused about the true nature of man’s composition, which is leading to profoundly detrimental consequences, how are we to go about solving this problem? There are a couple of proposals I would like to offer.

Firstly, there is no doubt that we must be bold to speak the truth in love to those who struggle to embrace their identity as being inseparably aligned with their gen-erative organs. I wrote gen-erative like this to emphasize that how we gen-erate life, evident in which gen-italia we possess, is inseparable from our gen-der. Though it is becoming politically incorrect to say such a thing, it is that simple, and to tell another person anything else is misleading and detrimental to them.

Additionally, one solution to the confusion I see is that people can become convinced about the truth of our body-soul unity when they recognize the beauty of people’s souls along with their bodies.

For there is no doubt that we humans are able to recognize the exterior beauty of a beautiful woman or a superstar athlete chiseled like Michaelangelo’s David. So what is needed is for people to have a glimpse of the beauty of the soul, which comes from its being rightly aligned to the body. To recognize the beauty of a person’s soul and see that it is aligned with their physical makeup is an undeniable piece of evidence for man’s  hylomorphic makeup.

To describe what I mean by a soul that is rightly aligned to the body, I can only elaborate from what I know, which is specifically how a man’s soul ought to line up with the way that his body is composed. (Sorry ladies, I never got around to reading Pure Womanhood). Namely, I have been convinced by St. John Paul II that the exterior, physical strength of a man’s body ought to be reflective of a more important inner strength of his will. If a man is a glutton of the gym and only focuses on his physical strength, while he does not have the interior strength to resist even a single temptation, he is merely a shadow of the man that his body declares that he should be, but which his inner weakness of spirit dictates that he is not! In such a man, any exterior beauty of his body is empty if there is not the greater beauty of his soul to augment it.

If, however, a man who exemplifies an interior, self-sacrificial strength of will is witnessed by others, the beauty of his soul, manifested in his good will (especially under strenuous circumstances) can be the force that convicts others that our bodies ought to be a reflection of our souls as the two come together to shape the human person.

So, I leave you with two examples of men who exemplify a self-sacrificial good will that manifests the beauty of their whole person, and not just their bodies (you’ll want to turn the volume up, at least for the first video).

Robbie is a recent graduate of Franciscan University of Steubenville with a BA in both Philosophy and Theology. He grew up in Redondo Beach, California and attended Loyola High School of Los Angeles, which is where he first encountered missionaries from The Culture Project. Ultimately, Robbie's desire to be a Culture Project Missionary is driven by his resolution to fulfill the call of the Lord Jesus: "You have freely received; freely give" (Mt 10:8). "I was deeply touched by the Holy Spirit in high school upon encountering the teachings of St. John Paul II's Theology of the Body, and I became a missionary to spread these beautiful and much needed truths of God's plan for human love to other young people." 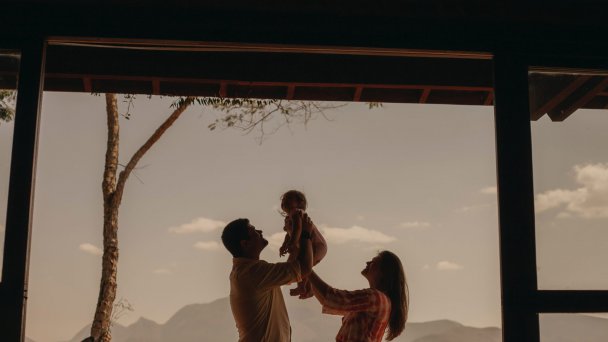 Practicals for Parents: Invest In the Relationship Some may read the title and think, “well of course, I already do that.” If so, great! Nonetheless, I want to introduce another element to this that may be helpful. You see, investing in a relationship with your child can take many forms. Because you, as parents, play such a crucial role in their life,…
Read