I was recently talking with someone who is newly married. When he was speaking, he shared how beautiful it was to fully give of himself on his wedding night in a way he had never experienced before.

We throw around this phrase of “fully giving of ourselves,” but what does it mean? While there’s many facets, one in particular struck me when listening to this person, and others, share their story.

In different conversations with people, I’ve noticed over and over again people noting that when having sex outside of marriage, there’s a constant worry in the back of your head that maybe a pregancy would come out of that act. In that way you can never fully enjoy the beauty of the moment because it is not in the context in which it could be enjoyed freely. You are physically intimate with someone, but you’re still holding something back; the openness to both of your fertility.

We are made for this ability to freely give of ourselves to the other, and sex in marriage is meant to be one of the highest experiences of that gift.

This got me thinking about how often contraceptives are used. It dawned on me that since we are made to give love in total freedom, with no concern about the outcome of the act of sex, many people must turn to birth control to have that same sense of “freedom” to give of themselves. The sexual act is meant to be freeing and a total gift of self, but how can that be if there’s a worry of an unplanned pregnancy, or a sexually transmitted disease?

I’m starting to think this widespread turn to contraceptives is a calling out for that freedom, an expectation of that freedom, a yearning for it. It proves that this free gift is what we truly desire when engaging in sex.

However, the reality is: birth control and other contraceptives only bring the opposite. I want to focus on two huge reasons why contraception doesn’t bring true freedom to the sexual act, especially outside of marriage.

This is by far not a comprehensive list of issues, and thankfully many people have done much more research than me. But the point is, if we are participating in sex outside of marriage, and we have these facts in our heads, then we will never truly be able to experience that freedom to give of ourselves in the way we yearn for.

Yet, even if those studies all came back saying birth control and condoms were completely successful in avoiding pregnancy and STD’s, sex outside of marriage would still not be a complete gift of ourselves; it would not bring the freedom we are meant for. Sex is most freely experienced in marriage because it speaks the same language as the marriage vows. It speaks a language of permanence and stability. If we are engaging in it outside of the context of the life-long promise of marriage, there isn’t freedom in knowing that person will be around for the long-haul.

Will you join me in waiting for this?

Emily is a 2019 graduate of Benedictine College with her BA in Theology and New Evangelization, minoring in Political Science and Mass Communications. She grew up in Littleton, Colorado and has always had a passion for sharing her faith, especially in the political arena. These passions led her to be involved in the pro-life movement in high school, and study theology in college. She met the Culture Project at a conference during her freshman year of college and immediately fell in love with the mission, keeping it close to her heart until it was time to answer the call after graduation. “Today, no matter what faith-filled upbringing you have, it is still possible to be hurt by the effects of the sexual revolution. I want young people to know they are not alone in their struggles with sexual integrity, and that true freedom and healing come from living a life of virtue.” 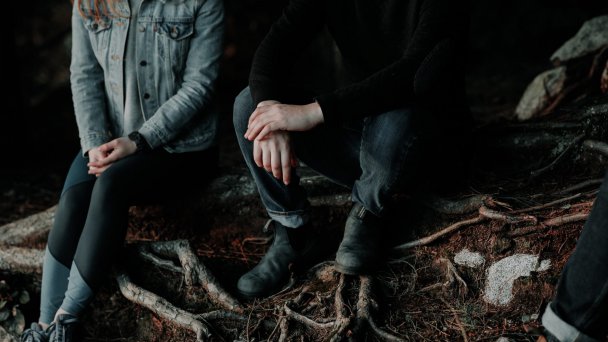 Reclaiming the Breakup Culture “Breaking up is hard to do.” Or so the saying goes. But, in all honesty,  it doesn’t have to be. Hear me out. Be honest, be intentional, and, for the love of all that is good, don’t do it over text.  Now that last part may seem silly, but I’ve witnessed it so many times…
Read