There’s no sugarcoating it, break-ups suck. Like a LOT. You had so many dreams and hopes for the relationship, memories built up, perhaps even families and friends intertwined. Sometimes the split is mutual, sometimes it suddenly comes out of left field, sometimes there can be dishonesty and other people involved and it can be really, REALLY messy. Regardless of how a relationship ends, it hurts. And it’s not fun. And you can feel like your whole world has come crashing down. But it’s survivable.

When it comes to handling a break up, there is no one-size-fits all magic guide that will cause the sun to shine again and suddenly make life all full of daisies and rainbows once again. But whether it’s a recent break-up or one that still stings and may never have healed correctly, let’s work through a few things that can make this difficult time a little bit easier.

As hard as it is to have someone who once was such a big part of your life disappear so suddenly… it will make it easier in the long run. Think of it like a bandaid. When we rip off a giant bandaid it hurts like crazy initially, but only for a few seconds. Imagine instead just slowly pulling that bandaid off millimeter by excruciating millimeter. I would get halfway and don’t even know if I have the courage to do the rest. PLUS it hurts a whole lot more and for a whole lot longer. Break-ups are the same way. Oftentimes people (also guilty here) think it would be better off to be friends right away. Plot twist: it’s not. Trust me I’ve been there. I thought it would be more gentle on me and him, kind of like “easing out” of the relationship, but here’s the thing. Feelings aren’t a light switch. You can’t be in a romantic relationship with someone one day and then all of a sudden have no emotional attachment the next. (And if you can, girl tell me your secrets… or stop trying to fool yourself.) Because when I tried that route pretty soon we were going out of our way to see each other again, talking about our feelings and how much we missed each other, hanging out alone, telling ourselves it was just because we truly cared about the other person and wanted to make sure they were okay…. and then we kissed. And it was like a breakup all over again. I’m not saying every situation is like this, because it’s absolutely not and each breakup has different circumstances surrounding it, but I am saying it’s a dangerously slippery slope. How can you heal when the source of pain is still present?

Granted, sometimes seeing each other is unavoidable. Maybe you’re in school together, or a youth group, or have pretty much all the same friends and don’t want there to be some sort of dramatic Civil War divide. Or for example maybe you were already paired up to be each other’s Prom Court dates and there was so getting out of it (yeah that one was awkward……) But don’t go out of your way to dwell on the past. You need to guard your heart. And if you truly care about the other person, guard theirs too.

It might be easy to get caught in the trap of replaying every single scenario back in your mind to try and figure out warning signs that you think you missed, desperately wishing you could change something. Somehow thinking the whole thing was all your fault, and that there’s something wrong with you, and if you JUST did something different, anything, maybe it wouldn’t have turned out this way. Please don’t get caught in the trap of blaming yourself for the way things ended, and thinking you aren’t pretty enough, smart enough, funny enough… because you are ENOUGH. Be gentle with yourself. Don’t keep rehashing the relationship, negatively dissecting and analyzing your whole personality until you convince yourself that you’re not worthy or deserving of love. The last thing your swollen heart needs cutting it down is a harsh, accusatory voice, much less your own.

Take Time… But then move on

One of the questions I get a lot in the classroom is “How long does it take to heal from a breakup?” And the truth is there is no easy answer. A general guideline I’ve heard is that it can take half as long as you dated them to get over them. But then again somebody else said one month of healing for every year you were together. So please take these different recommendations with a grain of salt. There is no hard fast rule, because no two relationships or breakups are the same. The most important part is to allow yourself to grieve and like we were saying before, be gentle with yourself. This is not the time to play the tough guy and repress all your emotions, stuffing them down into the dark depths of your bitter heart, never to be seen again. Because those feelings were real and that hurt deserves to be recognized, otherwise you are teaching your heart to become hardened which could inhibit your ability to love fully in the future. However, allowing the mourning process to drag on is equally unhealthy. A new normal is needed, and while it can seem excruciatingly painful at first, eventually you need to move on. The past is in the past and an incredible new future is ahead if only we have the courage to step towards it. Rely on your friends for accountability, surround yourself with loved ones, fill those empty holes in your time with activities that give you life!

And when it comes to relying on good friends, don’t forget about God. “The Lord is near to the brokenhearted, and saves the crushed in spirit.” Psalm 34:18. Bring your hurting heart to the foot of the cross, because there is no one who knows pain and suffering more than the One who gave His life for us. There is no one who desires to comfort you more than Him. In fact you can even offer up the pain for your ex! But when it comes to bringing your breakup to prayer, be careful not to let it consume your prayer life for too long. It can be tempting to use prayer as an excuse to continue to dwell on the past and keep thinking about them, but you are more than your past relationship. You are still YOU, a single soul that God deeply desires to know and love and speak to as if you were the only person in the world. Sit alone in front of our Father, bringing just yourself, and you will learn again just how loved you are.

And finally, let me tell you a little secret: you’re going to love again. I know you may not want to hear that, and I know it still hurts to even imagine ending up with anyone else, but God won’t show you Gold and give you Silver. Meaning even though you might think there’s no way you could find someone better, that the last one was as good as it would possibly get, there is someone even more incredible out there for you to find when you are ready. I’ve thought this many times, too, and God has continued to amaze me and raise the bar even higher than I thought possible. The best is yet to come.

Clare grew up in northeast Wisconsin and was studying Exercise and Sport Science at U.W. La Crosse when she started to feel a passionate desire to serve God wholly, but was unsure about how to until she encountered The Culture Project on social media. She was drawn in by the authentic joy and zeal the missionaries had to share the real definition of love and where true happiness lies, after having stubbornly stumbled along through most of college searching for those answers herself. Learning about St. John Paul II’s Theology of the Body and diving into Authentic Femininity radically transformed her heart and she wants nothing more than to share those messages of healing and truth with other young people. “There’s so much more depth and beauty to chastity and living a life of sexual integrity than I ever expected. I’ve never felt more loved than in that context, and that is something that desperately needs to be shared with our broken and confused society today.” 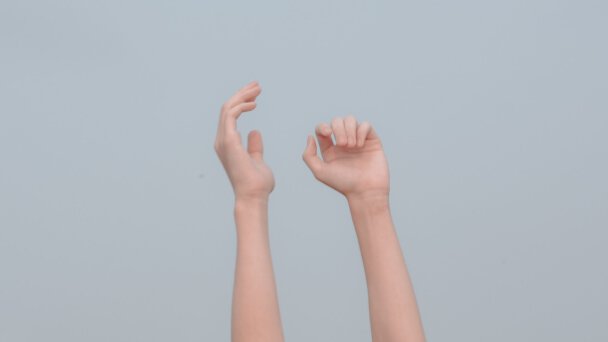 Who Told You That You Were Naked? There’s a picture somewhere from my childhood of me with 3 friends at a kid’s pool party. Despite how long ago it was, despite having forgotten the names of those girls, I can never shake that image from my mind. At a certain point, I stopped looking at the joy on our faces. All I…
Read

Defining the Relationship… As Friends  Ancient, Flawed Ideologies That We Still See Today  What Does Chastity Actually Mean?  Who Told You That You Were Naked? Do You Need To Have Everything Figured Out?  What Does It Mean To Be Strong?