When I was a kid, I was a huge fan of Yu-Gi-Oh! 5d’s, and one of my favorite characters on the show was Kalin Kessler. Kalin was this antagonist who turned into an anti-hero. As a kid, I liked Kalin so much because he had this dirty vagabond aesthetic, and I thought that was so cool. When I got older, I rewatched the series and suddenly found out that there was more to Kalin than his tattered coat and harmonica.

Kalin was plagued by his memories of hurting others, including those he cared about. This created a downward spiral of self-loathing, resulting in Kalin fighting in gang wars in hopes that one day he’ll lose and be forced into slavery. He did this because he felt he needed to atone for his crimes.

Kalin’s story may be fiction, but many people have bought the same lie he did. This lie that you don’t deserve love because of your past mistakes. This false sense of humility has infiltrated people’s minds and duped them into thinking they don’t deserve good things.

This lie needs to be shattered.

Regardless of anyone’s past or sins, everybody can receive God’s infinite love and mercy. No one on this planet has ever once been disqualified from God’s healing.

Regret for past sins or mistakes is normal. People should not be proud or happy with their bad decisions, but they should not dwell on these things either. This struggle with self-deprecation and scrutiny can often be mistaken for humility or meekness, but it is not even close to the same thing as these virtues.

“Sorrow for sin is indeed necessary, but it should not be an endless preoccupation. You must dwell also on the glad remembrance of God’s loving kindness. Otherwise sadness will harden the heart and lead it more deeply into despair.” – St. Bernard of Clairvaux.

St. Bernard explains how someone should properly view our past mistakes. First, acknowledge that you messed up, but always put your focus back on God himself. Continued thoughts like “I deserve this” or “I just always mess up” always lead to more despair.

Reader, if anything here seems familiar, I highly recommend you follow and read these pointers. You don’t deserve the self-flagellation you are inflicting on yourself.

When I first explained my self-deprecation struggles to my college bible study, my bible study leader told me a story of a seminarian who was practicing the sacrament of confession where each confessor struggled with a specific vice. When the time came to talk with someone who was self-deprecating, he saw firsthand how damaging that vice was and later said he would never wish that upon anyone.

The first step to handling and overcoming this self-hatred is to recognize that you are worthy of God’s love regardless of your past mistakes and that you don’t deserve the insults or despair you inflict on yourself.

To put this bluntly, you need to stop telling yourself that you “don’t deserve” the good things that happen in your life. Every good thing you receive in your life is a gift, regardless of whether you think you do or don’t deserve it. Whenever something good happens in your life, don’t tell yourself that “you don’t deserve it” but instead thank God for the gift you just received. I’m well aware that this is easier said than done, but you can start small. Thank God whenever you eat a good meal. These small acts of thanks will help pave the way to a life where you can love yourself the way you were made for.

The virtue of humility is the virtue of self-love. When you have too much self-love, you fall into the vice of pride. Self-loathing is when you have a lack of self-love. A truly humble person recognizes their faults and knows that they fully deserve love and happiness. The point I am trying to make here is that you shouldn’t mistake your self-loathing for humility, as humility still involves self-love. People tend to make this mistake, so it’s good to know what genuine humility looks like.

Sometimes self-hatred can result from something much bigger, like depression or scrupulosity. In cases like this, you need to involve someone else to help resolve your inner conflict. First, find a trusted friend or guardian that you can confide in to talk about your struggles. From there, you can determine if you should seek out professional help from a therapist. Sometimes part of acknowledging the problem is realizing that you can’t solve it on your own.

There have been many saints that have struggled with their past. For example, St. Mary of Egypt lived a very lustful life, even joining a pilgrimage to Jerusalem in an attempt to seduce the men who embarked on the trip. However, when she tried to enter the church, where the Holy Cross was, she was stopped by an invisible power. Mary then saw an image of the Virgin Mary and began to repent her past life. Suddenly, the force that prevented her from entering the church wasn’t there anymore, and she was able to venerate the Holy Cross. From there, she went on to live a life of virtue.

St. Augustine of Hippo, much like St. Mary of Egypt, also lived a very promiscuous life, describing himself as “restless.” One day St. Augustine heard St. Ambrose preaching the gospel, which convinced him that Christianity is the truth. However, St. Augustine did not become a Christian right away because he thought he would never be capable of living a pure life. St. Augustine asked God if there was any way he could end his life of sin, and he then heard a child sing, “Take up and read!” St. Augustine then read the letters of St. Paul, which allowed him to begin a new life.

I bring up the stories of both of these saints to show that this struggle with self-loathing can be overcome. Both St. Mary of Egypt and St. Augustine of Hippo regretted their past sins and wondered if they could even live a Christian moral life. However, they overcame this by focusing on God’s healing mercy instead of preoccupying themselves with their past mistakes. Even my fictional friend Kalin Kessler overcame his self-hatred after a man sacrificed his life so Kalin could live. Kalin then dedicated his life to disbanding the gangs in the western town and helping rebuild it from the ground up.

Self-hatred does not have to be your reality. It is more than possible to live a life of true humility, and you will live a more liberating life as a result.

Trace grew up in Western Kansas for most of his life. When he was about 16 he decided to immerse himself more in the Catholic faith, which would later result in him attending Benedictine College where he would graduate in May 2021 with a degree in Journalism & Mass Communications. When Trace was struggling to find a job, CP contacted him about becoming a CP Missionary. Though Trace knew little about the organization and its mission, he quickly discovered during the application process and through proper discernment that becoming a CP Missionary was God's will for him. "Who am I to say no to God? Every saint's journey began with their yes to His will, and I have no reason to believe my journey would be any different." 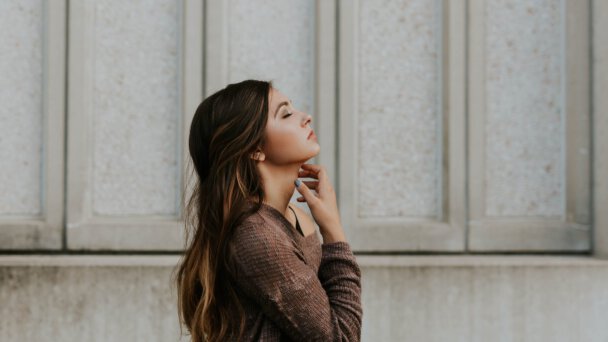 The Dignity of Women “The history of civilization could actually be written in terms of the level of its women.” Well-known and wise, Bishop Fulton Sheen understood the value of women in society and proclaimed the truth of our immeasurable worth to the world.  Ladies, do we understand our dignity? The force of our femininity? The impact of our…
Read